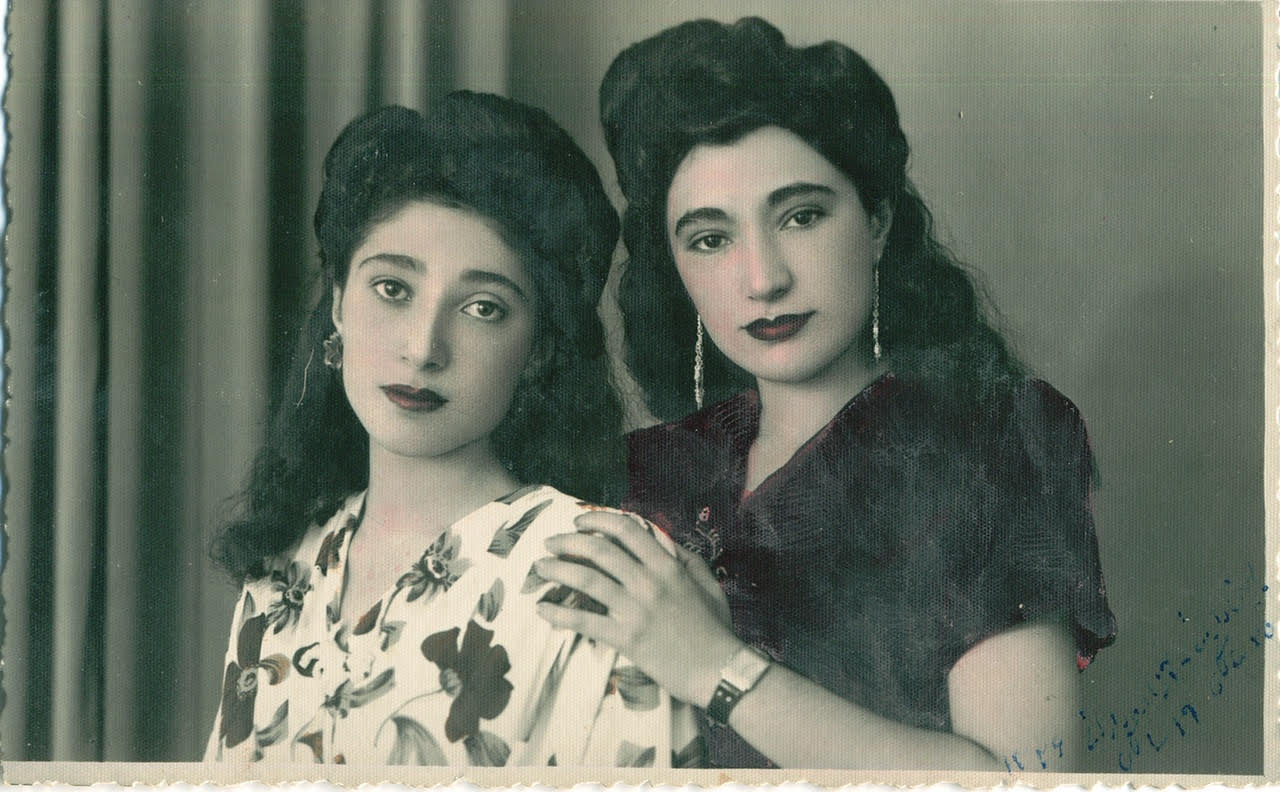 It feels like it’s been a lifetime since I started this project (it’s only been a month), but a lot has happened in the last 30 days. Not to mention, we’re in the middle of a global pandemic. If time didn’t exist before, it certainly does not exist now.

This project started with a conversation. I was in Houston visiting my family, gathered around the small table in my grandparents kitchen. Across from me sits Pedar Joon, my grandpa. He’s reminiscing, as he often does in his old age, about his family and life in Iran prior to immigrating to the United States. He has a book that I haven’t seen before in his hands, lightweight and tattered. On the cover is a colorful illustration of a fox and a chicken. The chicken sits on a branch in a tree looking down at the fox. Their expressions are neutral; it’s unclear whether they are friends or foe, but the illustration style is playful, and the colors vibrant.

“My sister wrote this book before she died,” Pedar Joon says. “She was brilliant.” I’ve heard him talk about this sister before. Her name was Mahin. She was a couple years older than him and played a big part in his rearing. She’s the one who encouraged him to take the exam for medical school, and the one who surprised him with his first film camera when he got in. She was a writer and a poet, revered by her peers. Shortly after publishing her book about the fox and the chicken, she succumbed to tuberculosis. She was 18 years old. And, get this, Mahin was an identical twin. Her sister’s name was Bahin, and she was also said to be brilliant, prolific and a role model to Pedar Joon. I begged my mom to show me pictures of this intriguing duo, which she later emailed to me, and I’ve included them here for visual context.

Pedar Joon himself is also a poet, and he will often, unprompted, start reciting poetry at the kitchen table in his native tongue, Farsi. This project consists of one of those spontaneous poems, recorded by my mom and written by Mahin.

Back in Austin, a few days after my mom sent me the poem, I got a text from her. Pedar Joon was having trouble swallowing his food. A couple tests later, it was determined he has advanced stage cancer in his esophagus. He’s 91 years old, and far too frail for an invasive operation or radiation treatment. My family decided that the best thing we can do at this point is make him comfortable, and do everything possible to keep him in his home, surrounded by his paintings and his loved ones.

And so, that’s where I’m at now. My partner and I drove to Houston shortly after I got the news, only intending to stay for the weekend, but it’s been a week now and I’m finding it dreadfully hard to leave. It’s still unclear how much time Pedar Joon has left, and besides, the quarantine has brought a lot of my life in Austin to a pause. For the last few days I’ve been a witness to my grandpa’s extended farewell. I’ve watched as his elderly friends leave their houses for the first time in weeks to visit him. They sit in the in the living room, six feet apart, wearing masks and speaking in Farsi. I can’t understand the words, but their gestures and tears tell me they’re saying goodbye. It’s both a striking and heartbreaking scene.

Now, as I sit in my grandparents living room writing this, I feel the new weight this project has. Before we left for Houston, my partner and I went out to the back porch and recorded a simple guitar track to accompany the poem. The siren from a passing ambulance left the end of the track feeling a little more ominous, a little more urgent than intended. But, we decided, it was a good take and we wanted to keep it. Listening back now, I think the siren is fitting for this moment in time. The poem is in Farsi, so I suspect most of you who listen to it will not be able to understand it. I thought about including a translation but decided against it. Instead of trying to find meaning in the words, I ask you to listen to this poem as if it were a spoken meditation. Settle into your body. Think about how it feels to witness. In his recitation, you will hear the full spectrum of joy and sadness, and I challenge you to meet Pedar Joon in those places.

Thank you to my partner Ateen, for giving this poem the sonic magic it deserves. And thank you for reading, listening and feeling with us.